An Interpol-issued Red Notice is a global alert to hunt and capture the world’s most wanted. But when a daring heist brings together the FBI’s top profiler (Johnson) and two rival criminals (Gadot, Reynolds), there’s no telling what will happen.

PLOT: Fast forward to the 1980s as Wonder Woman’s next big screen adventure finds her facing two all-new foes: Max Lord and The Cheetah. Wonder Woman 1984 will release in theaters and stream exclusively on HBO Max on the exact same day, December 25.

Here’s the synopsis for Wonder Woman 1984 starring Gal Gadot: “Fast forward to the 1980s as Wonder Woman’s next big screen adventure finds her facing an all-new foe: The Cheetah. As previously announced, the film also stars Kristen Wiig in the role of the Super-Villain The Cheetah, as well as Pedro Pascal. Chris Pine also returns as Steve Trevor.” In theaters June 5. 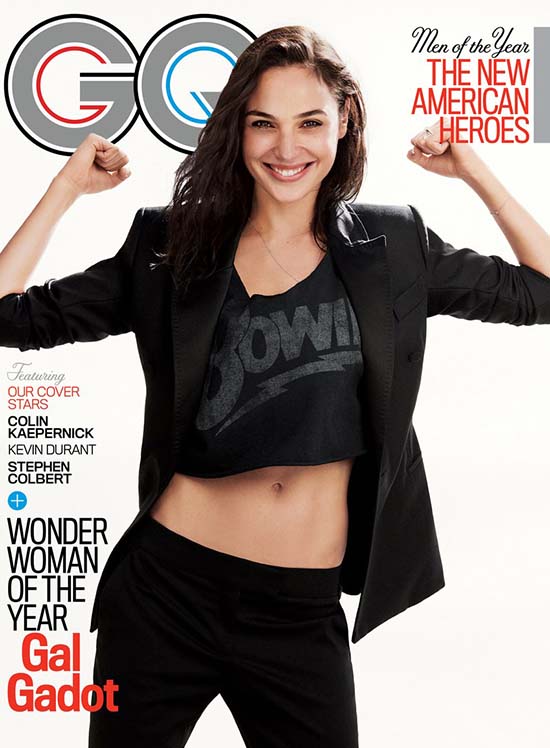 Gal Gadot, a.k.a. Wonder Woman has been named GQ’s Wonder Woman of the Year, and I have absolutely zero problem with that. More images with the Israeli star and a funny video called “Galsplaining with Gal Gadot” after the break. END_OF_DOCUMENT_TOKEN_TO_BE_REPLACED


Watch the official trailer for epic action adventure Wonder Woman directed by Patty Jenkins and starring Gal Gadot, Chris Pine, Connie Nielsen and Robin Wright.
“Before she was Wonder Woman, she was Diana, princess of the Amazons, trained to be an unconquerable warrior. Raised on a sheltered island paradise, when an American pilot crashes on their shores and tells of a massive conflict raging in the outside world, Diana leaves her home, convinced she can stop the threat. Fighting alongside man in a war to end all wars, Diana will discover her full powers…and her true destiny.”
Wonder Woman is in theaters June 2, 2017.